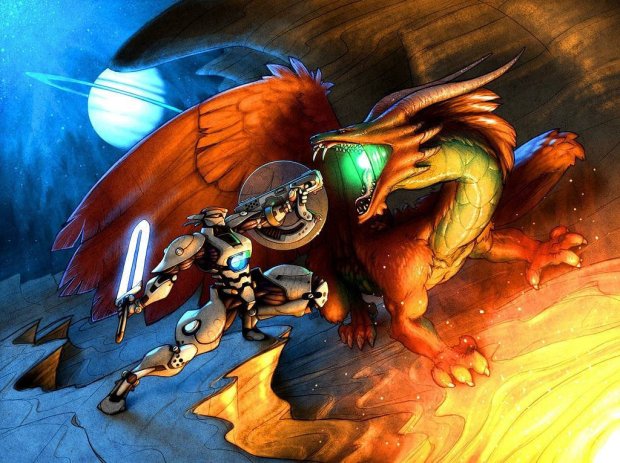 Kurt Vonnegut said, “Science is magic that works.” This is a true statement that has evolved our way of thinking for centuries. I mean, Copernicus and Galileo were condemned as heretics for proving scientific theory over popular belief. This trend has also been found through the writings of Jules Verne, Ray Bradbury and others.

Its one of the reasons I love “steampunk” so much. Yes, I know, it’s technically not considered magic, but combining modern technology with something “old fashion” is along that line. Magic is considered, by many, to be ancient so, in a way, they’re similar. Bringing science and magic together just seems like a logical approach. Think about it this way, in referencing the classic novel Frankenstein.

“Frankenstein’s chemistry is to, quote James Rieger, switche –on magic, souped-up alchemy, the electrification of Agrippa and Paracelcus…..He wants the forbidden…He is a criminal magician who employs up–to-date tools.” –Solanki Sardarsinh

In fantasy writing, we use magic as a science… Alchemy, astrology, etc. The elements of science–fire, water, earth, and air–are all a part of magic. Magic is, in a sense, science we can’t yet explain, and tha’s what makes it fun.

I think that’s why many science fiction writers often find themselves delving into fantasy and the supernatural. Terry Brooks is one of my favorite fantasy authors, and yet the Shannara series could be viewed as post-apocalyptic science fiction as well as fantasy. It has elements from both, like many novels. Think about Star Wars… Han Solo was skeptical of the Force when he said, “Hokey religions and ancient weapons are no match for a good blaster at your side, kid.”

I mean, when you think anout it, what is magic? Well, magic is manipulating the energy of the universe. In science, a nuclear explosion can be accomplished through scientific method and practical use. In magic, it’s a level 50 fireball.

“Magic’s just science that we don’t understand yet. Any sufficiently advanced technology is indistinguishable from magic.” ― Arthur C. Clarke

Sure, if I had a few degrees under my belt with years of scientific research, I could explain magic as science, but why bother. Half the fun is reaching into the unknown and pulling back from it, curiouser than before. Let’s look at magic not from the evil, supernatural perspective but rather as a form of science that is just outside the boundaries of our understanding. That’s what makes writing about it so much fun. 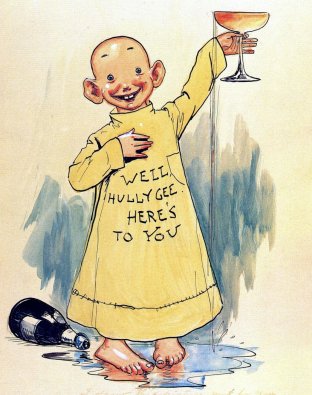 Most of you don’t know about a one of the first comic strips called “The Yellow Kid” that appeared in the pages of the New York World from 1895 to 1898, and later William Randolph Hearst’s New York Journal. Created and drawn by Richard F. Outcault in the comic strip Hogan’s Alley (and later under other names as well), it was one of the first Sunday supplement comic strips in an American newspaper.

It also has a connection to the term “yellow journalism” that was used in that time period to describe the two newspapers’ editorial practices of taking (sometimes even fictionalized) sensationalism and profit as priorities in journalism. Today, we seem to be returning to that same kind of “sensationalism” in journalism.

Now, I’m not trying to say that the press are “the enemy of the people” but a lot of them are partisan in their reporting. That fact is undeniable, and not what journalism should be. When you have websites and organizations dedicated to “fact checking” the media, you know something is wrong.

I have some experience in this matter. I spent more than 30 years in military journalism and public affairs, having one-on-one interactions with the media. I found most of them to be driven by the story, and not looking for that “gotcha” moment. That agenda has done a complete 180° by today’s standards.

“A key purpose of journalism is to provide an adversarial check on those who wield the greatest power by shining a light on what they do in the dark, and informing the public about those acts.”–Glenn Greenwald

That is what journalism is supposed to be, but I stead we get stories with little to no facts being published. It’s done to be the first to get it out, not be accurate. Then, when those stories are proven wrong, the editors publish an update or retraction, but the false story is already out there. By the time the retraction is posted, the inaccurate story has been retweeted, shared, and sent out hundreds, maybe thousands, of times while the retraction gets little to no puah.

This is why the media has become so untrustworthy. They are driven by agendas, not facts. That’s not what journalism is supposed to be.

If you want to see what journalism was meant to be, watch the 2005 movie “Good Night and Good Luck” starring David Strathairn as Edward R. Murrow. The movie surrounds the infamous hearings of Senator Joseph McCarthy surrounding communism in our country. When I watch this movie, it saddens me that we don’t have journalists like Murrow in the media today. Today’s journalists act more like wanna-be celebrities than journalists. Add to that, anyone with a social media account, blog, or just a smartphone tries for their “15 minutes” of fame. Its shameful and most of the time quite inaccurate.

“I think journalism gets measured by the quality of information it presents, not the drama or the pyrotechnics associated with us.”–Bob Woodward

As writers–whether or not you’re a journalist–we have a responsibility for accuracy in our words. Even writing fantasy stories, as I do, I strive for accuracy by researching the myths and legends I use in my novels. People who read my stories expect it, just as we should expect it from the media today.

Some people find it hard to write. It’s called “writer’s block” for a good reason. I seem to have a different problem. I have multiple storylines running in my head, like a Broadway play on steroids.

These storylines are for two different books I’m currently working on. I see them in my sleep, when I’m walking my dog, waiting in the elevator, or riding on the metro. It’s a constant barrage of ideas and they won’t stop.

At times, it can be maddening. Paul Goldman said, “Closing my eyes, the scene within unfolds as it has for thousands upon thousands of years.” That’s what it feels like inside my head at times. Even when I’m doing the simplest of things, like eating dinner or watching TV, I still find my mind wandering into my stories.

I think that’s the curse of being a writer. Maybe ‘curse’ is too strong of a word, but it’s accurate. I am a storyteller. My job is to tell people the wild and wierd stories, flights of fantasy, that stirs the imagination of my readers. It’s what drives me to be a writer. I love it, no matter how much it bugs me, I absolutely love it.

This kind of inspiration is what drives me to be a writer. It fills my pasion, forges my imagination, and makes my life worth doing. I need to be driven to write even better. Whenever I speak to groups about writing, there’s a story I tell about where the Forver Avalon series comes from. I’d like to share that with you.

I joined the U.S. Navy in 1983. Back then, we didn’t have the internet, video games, or satellite TV. Many Sailors spent their off duty time playing board or card games. Me… I played Dungeons & Dragons. My friends and I would seal ourselves away in the #4 aircraft elevator mechanical room late at night and spend our off duty time playing D&D. It helped pass the time when you’re deployed for more than six months from your wife and kids. 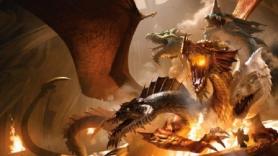 For me, these late night D&D sessions fueled an already active imagination. Combine that with missing your wife and newborn baby daughter and it can lead to some rather strange dreams. During my first deployment, I started having a recurring dream of being with my wife and daughter on an island of fantasy and magic, lost in time and space. That dream evolved and grew with each of my deployments and subsequent birth of my other children.

In 2001, I was deployed aboard the aircraft carrier USS Enterprise (yes, lucky me to have served on my favorite starship’s namesake!). Although I wasn’t playing D&D at this time, the dream stuck with me. However, it was more detailed and elaborate than ever before, so I decided to start writing it down. I spent my off-duty time writing my story, putting it together in a cohesive story. By the time my deployment was done, Forever Avalon was born. My story was complete.

The funny thing is, after I finished writing the book, I stopped having the dream. It disappeared completely. It served its purpose, and I can’t tell you how much I appreciate it. D&D helped me develop my imagination and writing has given me an avenue to use it. Its who I am, in my heart and in my soul. I am a writer. So let the band play on. It just fuels my passion.