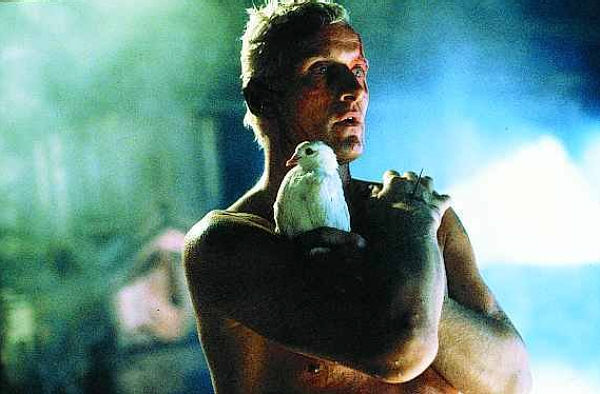 “I’ve seen things you people wouldn’t believe. Attack ships on fire off the shoulder of Orion. I watched C-beams glitter in the dark near the Tannhäuser Gate. All those moments will be lost in time, like tears in rain. Time to die.” — Roy Batty (Rutger Hauer), Blade Runner (1982)

There are many actors remembers for their performances in sci-fi and fantasy films, but to me, there was no one better than Rutger Hauer. His performance in Blade Runner is, without a doubt, one of the greatest scenes in the history of science fiction films. Sadly, he passed away on July 19 at the age of 75.

Rutger Hauer was a Dutch actor, writer, and environmentalist. In 1999, he was named the Best Dutch Actor of the Century by the Dutch public. He has been in more than 104 film (three of which are currently in post-production and will be released posthumously) and 38 various television productions, as well as voice talent in two video games (he was the voice of Master Xehanort in the 2019 video game Kingdom Hearts III, replacing the late Leonard Nimoy). He has had many roles, but some, like Roy Batty in Blade Runner, are what he’s well known for.

He played the villain so very well, and yet, there were times that we felt sorry for or compassion for his character. He had a way of making you understand why his character was that way, whether it was good or bad. It was said he only took roles that interested him, so this makes his various roles a sight to see. Another interesting aspect of Hauer was that he was a pacifist, and yet he played very violent characters at times. He was born in the Netherlands during the German occupation in World War II. He stated in a 1981 interview, “I was born in the middle of the war, and I think for that reason I have deep roots in pacifism. Violence frightens me.”

Next to Blade Runner, my other favorite movie of his is LadyHawke.  Whereas Roy Batty was the villain, although a sympathetic one, Etienne Navarre was the consummate hero. He fought for his love, his friends, and his people, everything you would expect of a knight. And yet, he had many flaws that Hauer brilliantly brought out. The scene where Hauer and Michelle Pfeiffer (playing his love, Isabeau) see each other briefly at dawn before they transform is one of the best scenes in a fantasy movie.

Outside of acting, he founded the Rutger Hauer Starfish Association, an AIDS awareness organization. He also supported the Sea Shepherd Conservation Society and was a member of its board of advisers. In 2013, he was made a knight in the Order of the Netherlands Lion.

Hauer was one of those actors that fans love to watch, not for his physical prowess or amazing stunts, but rather for bringing his characters to life. I remember the roles he played because they were inspiration for me, as a writer. He gave life to characters just from the written word, and he did it better than anyone else (in my opinion). God bless you, Rutger Hauer, and rest in peace.

“Good guy or bad guy, hero or anti hero; doesn’t matter to me, what role I play, only the character have something magical.”–Rutger Hauer

Like most authors, I consider the characters in my novels like they are part of my family. I live, laugh, and love them with every word I write. And yes, when I have to kill someone off to move the story along, I cry. It has happened to me on numerous occasions, when I write, edit, and even when I read that part of my story again. The emotion is still with me, even after all that time.

I don’t cry over the villains. I mean, they’re villains… They need to die. But sometimes, the villains win and that’s when it gets hard. These wonderful characters you cultivate and grow through you words also have to die by your hand. It’s not easy.

I know what you’re thinking… “They’re not real! You’re such a wuss! Why do you care about imaginary people?” Well, they are real to me. I breathed life into those characters with every word typed or written down. I’m not going to compare it to motherhood, or giving birth, because that’s an insult to women. It’s not like that. I just see it as a parent-child relationship between a writer and its characters.

But when you think about it, it’s all about the story. You don’t just kill someone or hurt someone for no reason. It has to go with the flow of the story and make sense. Think about the “Red Wedding” in the Game of Thrones series. That was a horrific death scene for a number of characters, but when you think about it, it moved the story along. It gave a purpose, resolve and motivation to characters like Arya and others. As bad as it was, as unexpected as it was, it was necessary.

Crying when I write makes me feel my humanity. It bridges that fine line of fantasy and reality, of what’s real and imaginary as it relates to my characters, but I’ve dealt with that all my life. I played Role Playing Games (RPGs) my whole life. Characters could easily live, or die, in these games. When you’ve played a character for so long, you form an emotional connection. It’s especially strong when said character dies because of a stupid mistake or bad decision.

Here’s an excerpt from THE DARK TIDES to make my point. I can’t read this page, even now, without a tear welling up in my eye. I guess I am an old softie at heart.

FYI to anyone reading this excerpt who hasn’t read my novel yet… Yes, I named the Shield Maidens after Disney Princesses. I have two daughters, it was inevitable.

Sarafina and her Shield Maidens fought their way down through the keep toward the dungeon. Lord Baldrid was happy to loan her an airship and company of Elves to rescue the Gil-Gamesh. Even Usage was with them, showing the quickest route to the dungeon, bashing a few goblin
heads along the way.

Merida led the way, clearing a path with her bow. Sarafina and Aurora followed close behind, slashing at the ones still standing with their swords. Usage directed them where to go while Ariel and Snow covered them from behind, keeping the Brood at bay with their pole arms. The Elves, led by Eonis, scattered the remaining Brood and goblins outside the keep from their airship Aerdrie Faenya. The airship rained down explosive volleys from their cannons, sending goblins flying off the keep’s defenses. Archers brought down the ones still standing in an
attempt to make the keep safe for landing.

Within minutes, Sarafina and her Shield Maidens made their way to the dungeon. They found the Gil-Gamesh hanging by the chains while Caleb Guoyle lay prone on the ground. Sarafina rushed to Bryan, checking if he’s still alive.

“Ariel, get him down!” Sarafina ordered as she and Merida held him up. Ariel pointed her trident at the locks around his wrists.

“Excido Portas!” she chanted as magical energy sparks from the tips of her weapon, opening the locks. Bryan’s body went limp as they eased him down to the ground.

“This one’s dead,” Snow exclaimed after checking on Caleb Guoyle, “though I doubt the Gil-Gamesh was able to do it.”

“It doesn’t matter who killed him. The Gil-Gamesh is dying,” Sarafina said as she checked his wounds. “We need to get him to the healers quickly.”

Bryan began to stir at the sound of Sarafina’s voice. He opened his eyes and saw her hovering over him as he smiled. “Hey you …” he moaned. “I knew you’d be the one to find me.”

“Of course I would,” Sarafina said, tears welling in his eyes. “You wouldn’t stop looking for me; I wasn’t going to stop until I found you.” Bryan smiled again as he closed his eyes and fell unconscious. “Father!” Sarafina screamed, trying to wake him up. “Father! Don’t leave me… Father!”

“Come on,” Aurora said motioning for Merida to help. “We have to get him back to the ship now.” Sarafina didn’t move, she just stared at the Gil-Gamesh.

“Sarafina! We’ve got to go now!” Merida shouted at her. Sarafina nodded her head, then stepped back as the two Shield Maidens lifted the Gil-Gamesh and started moving up the stairs. Snow and Ariel followed close behind.

I will admit I am a video game fanatic, of sorts. I’ve played video games since the days of Asteroids, Defender, and Donkey Kong in the local bowling alley in my hometown. I would spend more time dropping quarters into these games than actually bowling. I bought the original Nintendo game system, blowing into the cartridges to ensure a clean connection. I progressed to an N64, but then switched to a Playstation and every PS console since then. I’m not an Xbox guy, I don’t like the controller, so I stick to Playstation (hint, you can friend me at “ChiefLombax63” if you want).

This is how I relax. I play to chill out, even though it can be quite frustrating when I get stuck at a certain level. My wife likes to tease me that, when I get stuck, I can get my son to help me (and he usually does). The thing you don’t realize is just how great some of these stories are.

As a writer, I love the intricate stories they come up with, even for the most basic of games. My favorite, if you can’t already tell, are what I call the “old school” style of video games. Rachet and Clank, Sly Cooper, Jak and Daxter, and even Crash Bandicoot are my favorite games that I play all the time.

Even the most basic of characters have a detailed backstory in the game. That’s incredible, when you think about it, but also vitally important. It’s necessary for the story you’re being led into through your gameplay. It can be as simple as Sly Cooper’s family tree to something intricate like the relationship between Master Chief and Cortana. There are great writers in everything, even video games.

The other thing I love about my favorite games is the comedic banter. Everytime Captain Qwark opens his mouth, you just want to slap some sense into him (not that it’ll do any good). And whenever Daxter throws out a sexual innuendo, you can’t help but laugh, no matter how inappropriate it is. It’s what makes the games relaxing and fun to play. For me, it’s perfect.

Every writer has their own way to relax and refocus the mind for the next chapter. For me, it’s picking up a controller and battling the Blarg, an army of Warbots, and the occasional carnivorous snagglebeast. What’s yours?