One of my favorite “binge-worthy” anime of late is OVERLORD. It has that smattering of everything I like… fantasy RPG, life in another world, minions at your beckon call, etc. It is a geek’s dream to see how a lovable loner “otaku” works to become the supreme overlord of the new world.

For background, in the year 2126, a Dive Massively Multiplayer Online Role Playing Game or DMMORPG called Yggdrasil was released. It stands out among all other DMMORPGs due to its unusually high ability for the player to interact with the game. After an intense 12-year run the game servers are about to be shut down. Within the game exists a guild, Ainz Ooal Gown, once consisting of 41 members and credited as one of the strongest guilds in the game. Now only four of the members remain, the other 37 having quit the game. Of those four, only one, an elder lich character named Momonga, continues to play as the guild leader and maintaining their headquarters, The Great Tomb of Nazarick. He accepts the reality that his friends have their other lives to take care of and decides to stay logged in until the servers shut down on the final night. When the shut-down time arrives, however, Momonga finds that the game hasn’t vanished. Instead it appears as if Yggdrasil has been recreated as its own reality along with its various NPCs having been brought to life while Momonga has been trapped in the form of his game avatar, leaving him unable to use the normal player functions or even to log out. With no other option, Momonga sets out to learn if anyone from the real world is also in this new world with him. Taking on the name of Ainz Ooal Gown, a message to any other players, Momonga begins exploring the world in an attempt to figure out what has happened while searching for anyone or anything that could help him solve this mystery, while ensuring the safety of Nazarick.

Why bring this up? No, it’s not another praise rant for one of my favorite anime series. I started reading the light novel series by Kugane Maruyama and realized that, like movies made from books, there is more to it than they show in the series. The details left out in the anime were made quite clear in the novels. Did you know Albedo has two sisters, both living in Nazarick, and they’re freaky powerful? Or that the Black Dragonlord from the Dragon Kingdom takes the form of a little girl because her lead adventurer is a lolicon? And, the sixth floor of Nazarick has a forest and farmland growing food for the people living in the Great Tomb? It’s amazing how the little details found in the light novels fill in the blanks of the anime. It’s like a “behind the scenes” video before a movie is released. 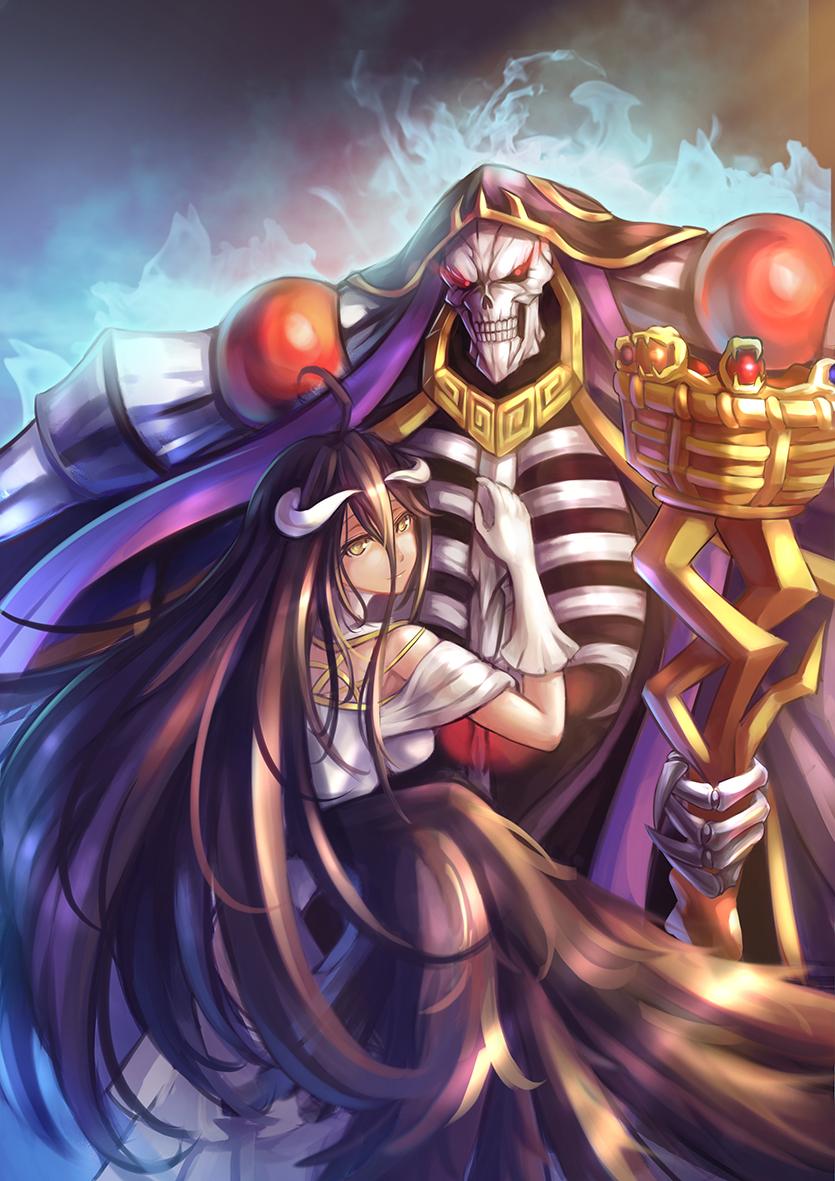 It’s amazing the little details you find in these light novels, from personality traits to character interactions. For example, any fan of Overlord knows that Albedo is infatuated with Lord Ainz. In fact, she’s head-over-heels in love with him. In Overlord III, we saw Albedo practically attacked him as she was overcome with lust. What we didn’t see (but what I read) was the fact that Lord Ainz had Albedo confined for insubordination for “jumping his bones” as it were. Then, before a relaxing time in the bath, there was a scene between Ainz and Albedo where she played with him as she tried to seduce him even more. It was amazing to read how these interactions between those two gets even more heated.

When I’m reading Kugane Maruyama’s stories, I hear the dialogue in my head as if I’m watching the anime. That’s just how I write. I hear the words as if I’m watching a movie or TV show. I prefer to let the characters tell the story, not relying on sentences with flowing descriptions and overused adjectives. Kugane provides you just enough in his stories, along with the wonderful illustrations by so-bin, to let you see things in your mind’s eye.

So, the old adage is true… The book is better than the movie (or anime series in this case). That’s why you should always refer to the source material, whether it’s a book, comic book, light novel, manga, or any other written material. It’s the best way to truly understand the stories as they should be told.