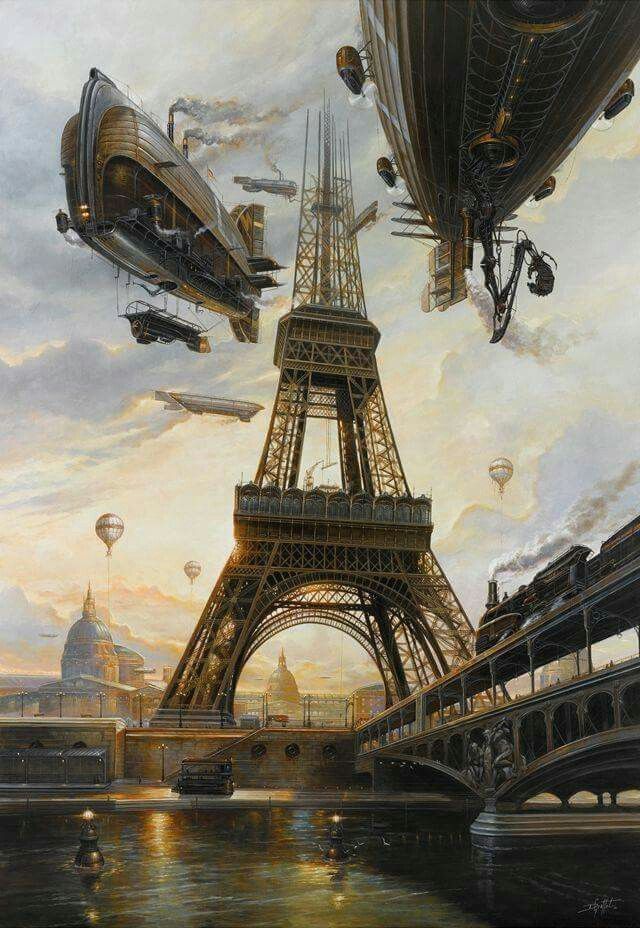 Steampunk is defined as “a genre of science fiction that has a historical setting and typically features steam-powered machinery rather than advanced technology.” To me, it’s modern technology with a Victorian twist. This genre has been on the rise with its push in video games with the award winning Bioshock or The Order franchise, TV series like Steampunkd, and in books, starting with the Godfather of Steampunk, Jules Verne, to authors like Cherie Priest and Michael Moorcock.

Some people view it more as a fashion style, combining Victorian-era sensibilities with brass fittings, gauges and gears. Weird optics, mechanical arms, airships and powerful weapons of steam, chemicals, and electricity are the backbone of steampunk style, but again, it’s the story behind the style that makes it appealing.

Jules Verne is the undisputed father of the Steampunk movement. 20,000 Leagues Under the Sea will always be the epitome of steampunk. I always imagined a meeting in France between Nikola Tesla and Jules Verne in the spring of 1882, discussing the possibilities of Verne’s creations using Tesla’s technology. Wouldn’t that be something? It’s actually the basis for a steampunk novel I’ve been working on, Corsair and the Sky Pirates, but that’s another story for another time. To me, this would be the ideal setting of where it all began. The birth of Steampunk as we know it today.

“Steampunk is an eclectic world of cogs and rivets. It is airships and goggles and steam. It is romance. It is travelling on clouds and diving beneath rugged waves. It is adventure.” ― Aether Emporium 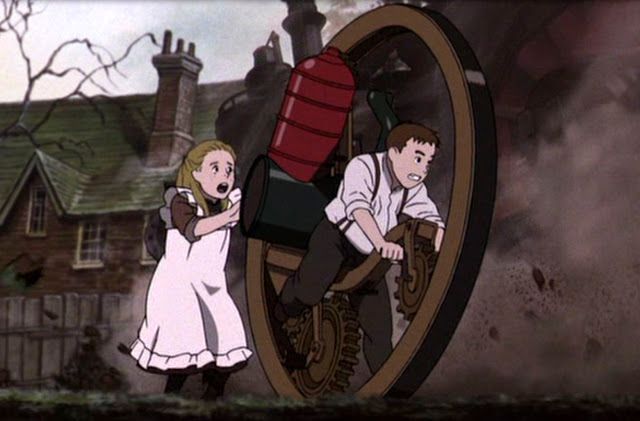 One of the best representations of Steampunk in film is the Japanese animated film, Steamboy. Though most of the Steampunk technology in the film was represented by weapons, it is still a wonderful tribute to the genre. Steamboy tells the story of Ray Steam, a British boy in 1863 England, and how the invention of a “steamball” pitted Robert Stephenson, the first master of the steam engine, against Ray’s father, Edward, and his “Steam Castle” at the London Exposition. It’s style, look and feel could make any Steampunk aficionado jump for joy. Another great example of Steampunk is the Japanese TV series, Fullmetal Alchemist. It combines the style and look of Steampunk with alchemy and magic.

Steampunk inventor/author/mechanic Jake von Slatt said, “To some, ‘steampunk’ is a catch all term. To me, it is essentially the intersection of technology and romance.” That’s quite an opinion. I think Steampunk does have a bit of a romantic flair, especially in the wardrobe. Men’s attire is very masculine in Steampunk while the women are sexy and feminine. In both cases, the trend is very fashion forward, evoking strength and power while being strangely attractive.

“Steampunk is…a joyous fantasy of the past, allowing us to revel in a nostalgia for what never was. It is a literary playground for adventure, spectacle, drama, escapism and exploration. But most of all it is fun!” ― George Mann

I’ve started to bring some Steampunk into my own writing. Though the Forever Avalon novels are more medieval fantasy, in contrast, through my stories, they are moving forward in look and technology. Like Fullmetal Alchemist, I am trying to weave those elements together with things slowly coming of age. In my new novel, The Outlander War, I am leaning more towards the Renaissance while keeping some of the medieval fantasy elements there.

I created weapons I call GunStars, named after the ships in The Last Starfighter movie (one of my favorite sci-fi movies of the 80’s). They look like oversized flintlock pistols, using cartridges containing alchemical mixtures that, when combined with the magic within the GunStar, fires explosive rounds. From fireballs and ‘magic missiles’ to acid rain and hail, these weapons make even the more novice warriors more formidable.

I realize that these creations of mine are not 100% Steampunk, but they were inspired by it. Steampunk is as Jake von Slatt said, “an intersection” of technology and whatever your imagination brings to the table.” Don’t think of it as outdated, but rather a futuristic twist on history. That’s some that can spark the curiosity of any reader.