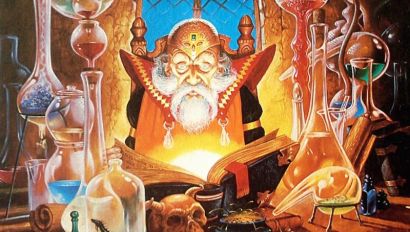 It’s good to be bad, am I right? There seems to be a trend where anyone touched by or practicing magic is always seduced to darkness. The same goes for those who gain incredible powers or become something more than human. It begs the age-old question, “power corrupts and absolute power corrupts absolutely.”

Throughout fantasy storytelling, you get a glimpse of both sides of the coin. In The Lord of the Rings, Gandalf and Galadriel both resisted temptation from the One Ring but Saruman is seduced by Sauron and turned against the light. There are tons of names on both sides of the argument, from Harry Potter and Lord Voldemort to Merlin and Morgana le Fay. Lately though, the trend is leaning more towards evil, but to a point.

In fantasy, across multiple genres, there are a lot of examples that exude the philosophy that its good to be bad. The anti-hero is the “new Coke” as it were. From Deadpool, Venom, and Lobo in comics to characters like Anakin Skywalker, Willow Rosenburg and Walter White in movies and television. Writers love that little twist to make the story more interesting, and to many, being bad is good.

There is a vein of goodness in many of these anti-heroes, but its been twisted like a pretzel at Oktoberfest. The same can’t be said for wizards going dark. It’s like a touch of dark magic and there’s no turning back. I mean, think about it. Name one dark wizard who came back to the light. It’s hard, when you think about it … You really can’t do it.

Magic, like many things in the fantasy genre, has no clear line with good and evil powers. I mean, Necromancers have been portrayed as both good and evil (think the video game Diablo, for example, or Hellboy for that matter). Again, like everything in storytelling, its the character that counts.

Not to throw religion into the mix, but I like to believe that everyone is worth saving. I believe that we all have a chance to redeem ourselves in the eyes of God. You see that from a lot of writers, but at the same time, there is a trend of making evil as something seductive and enticing.

Look at vampires, and how over sexualized and charismatic they’ve become. They’ve gone from being the scary creatures in Stephen King’s Salem’s Lot and Christopher Lee’s Dracula in the Hammer horror films to glittering “boy toys” in the Twilight series. The only thing that is still scary, today and always, is clowns, am I right?

We need to get back to maintaining that line in the sand between good and evil. If we, as writers, continue to present stories with bad guys as the protagonist, what will our world become. Evil can be redeemed but it shouldn’t be glamorized.

One thought on “Where have all the good wizards gone?”