“Yet some men say in many parts of England that King Arthur is not dead, but had by the will of our Lord Jesu into another place. And men say that he shall come again, and he shall win the the Holy Cross.”~Sir Thomas Mallory, Le Morte d’Arthur

The legend of King Arthur, Camelot, the Knights of the Round Table, Merlin, Morganna le Fay, the Lady of the Lake and Excalibur… These stories are at the heart of the fantasy genre, the myths and legends we cling to in our stories. It can be found in books, movies, television, comic books, and anime from the United Kingdom, to the U.S., and Japan. The story of honor, courage, magic, and mystery is deep within the psyche of every human being.

We love the tale of the boy king pulling the sword from the stone; the romantic triangle between Arthur, Guinevere, and Lancelot; the magic of Merlin and Excalibur; and the evil of Morganna le Fay and Mordred. These are legends ingrained in us that, in one way or or another, we can all relate to. 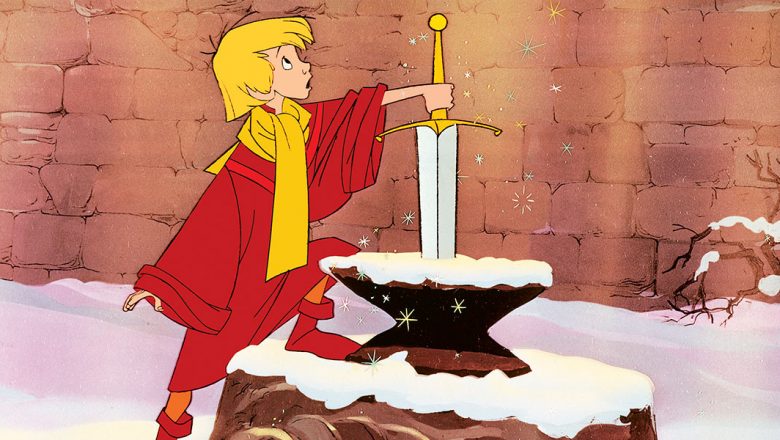 I first learned about the legend of King Arthur as a boy. Like any child of the 60’s and 70’s, it was taught to me through the magic of Disney. The Sword in the Stone (1967) is an animated classic, telling the story of Arthur and Merlin with a witch named Mim thrown in for good measure. It is a fun movie that taught this classic tale to kids like me.

I think my exposure to the legend of Camelot was first done through movies, classics like Prince Valiant (1954) and Camelot (1967) to Excalibur (1981) and First Knight (1994), even Monty Python and the Holy Grail (1975). There has been so many re-imagining takes on this timeless story in so many forms. That’s what makes it such an integral part of the fantasy genre. Most recently, you can find the enigmatic King Arthur, Mordred, Lancelot, and Merlin as “heroic spirits” in the Fate anime series. Arthur and Mordred are gender-swapped as powerful women, both of the “Saber-class” of heroic spirits. Although it was weird at first, they actually kept the legend intact through this twist. The conflict between these two is better explained in this anime than in any other story I’ve read or watched. It’s an amazing conflict that brings out the vulnerabilities in these characters.

I used the legend of King Arthur and Camelot as the basis for the Forever Avalon series. I took the approach of “what happened next” in the story, looking at it from the perspective of our world today. The idea started with a simple question… What happened? What happened to all the magic, the mythical creatures and monsters? Where did it go? Why did it disappear from our world? The answer, in my mind, was Avalon.

Avalon has always been a place of eternal magic that will never die. Sir Thomas Malory, in his fifteenth century epic Le Morte d’Arthur, tells of King Arthur’s final moments. Bedivere took the King upon his back and carried him to the water’s edge, and there was a little barge floating there with many beautiful ladies in it. “Comfort yourself,” said the king, “and do the best you can. I can no longer help you, for I must go into the vale of Avalon to be healed.” Collins English Dictionary defines Avalon as “an island paradise in the western seas” and derives it from the Old Welsh word “Aballon” for Apple.

There are other accounts of Avalon in literature. According to Geoffrey in the Historia, and much subsequent literature which he inspired, Avalon is the place where King Arthur is taken after fighting Mordred at the Battle of Camlann to recover from his wounds. Welsh, Cornish and Breton tradition claimed that Arthur had never really died, but would return to lead his people against their enemies. Historia also states that Avalon is where his sword Excalibur was forged. This is the part of the legend I tapped into to begin my story.

But what happens when Avalon is forced back into the modern world of today? You’ll have to read The Outlander War: Book 3 of the Forever Avalon Series to find out!

In the end, it all started with the legend of King Arthur. His story, whether based on fact or fiction, myth or legend, rings true in the mind of a writer like me. It is the stepping stone that brings you into my world. Take the journey and believe in magic again!